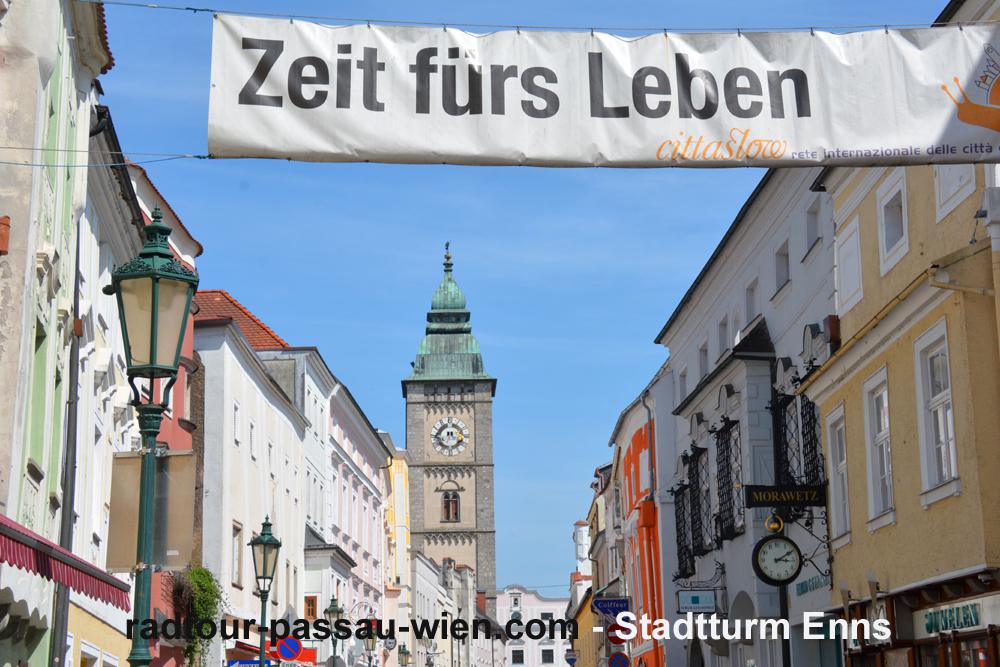 The Enns estuary has been a popular settlement site for millenia. Hence, it is not at all surprising that, following the Romans, the Bavarians also chose to settle here. In 1216, this thriving market place received a town charter, a document which has been well-preserved and can be viewed in the Enns museum. 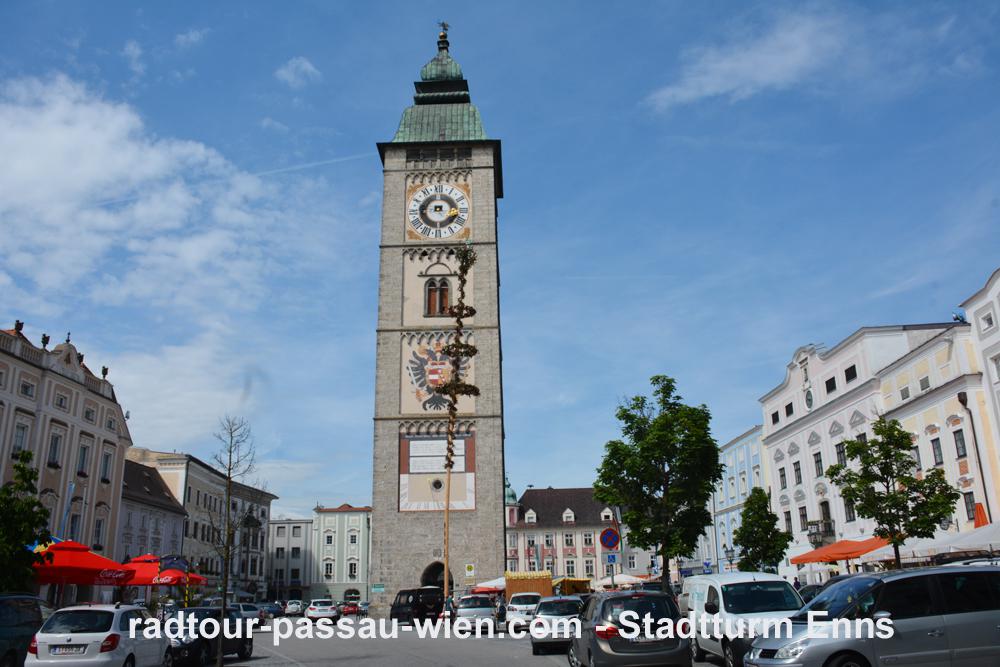 In 1568, when Enns was still widely protestant, its inhabitants inaugurated the town tower as a bell-, clock- and watchtower. Reaching as high as 60 metres / 197 feet, it is the town’s highest landmark - 157 steps will lead its visitors past the clock to its gallery. If you look at it closely, you will notice that the hour and minute hand are switched around, which is because there was initially only a short hand. 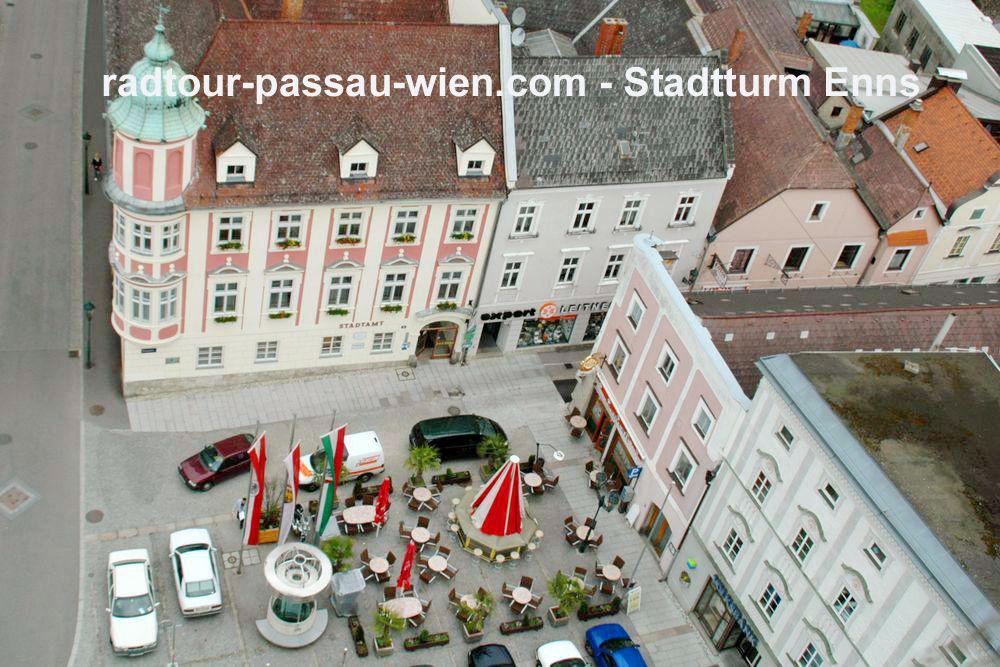 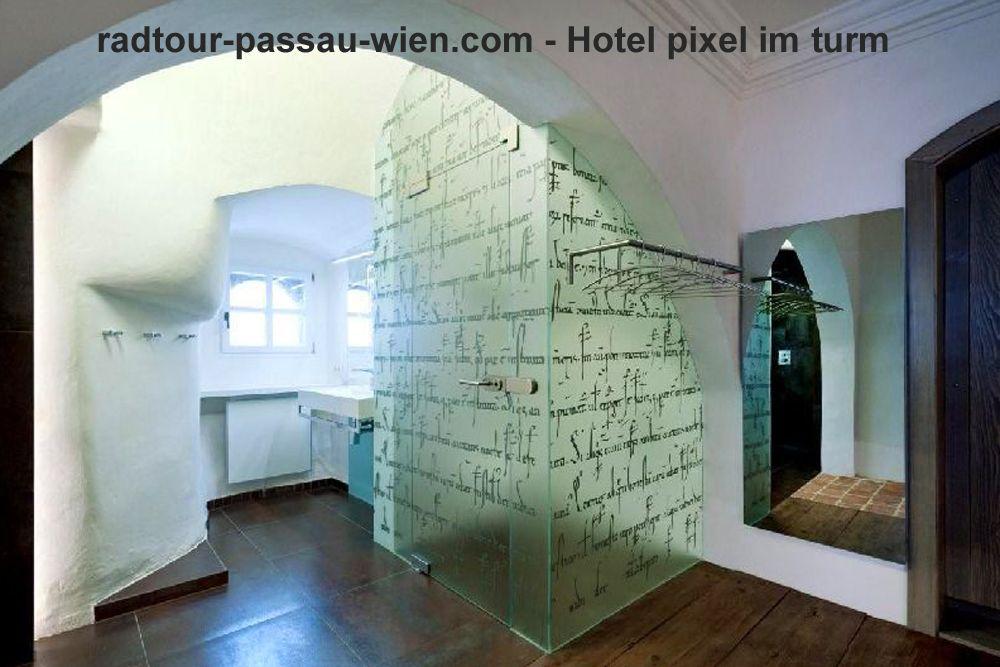 Up until the 1930s there was a full-time watchman looking out for fires - today tourists can stay in his living quarters.